Planning a city trip to Lisbon soon? Let the fun start today! Our free travel guide will tell you which sights to see, where the best shopping spots are and which local specialties you should definitely taste. Our guide is also packed with practical information and tips about public transportation, local habits, weather conditions and more.

Here are some tips from our travel guide to Lisbon. You can download the full guide here. 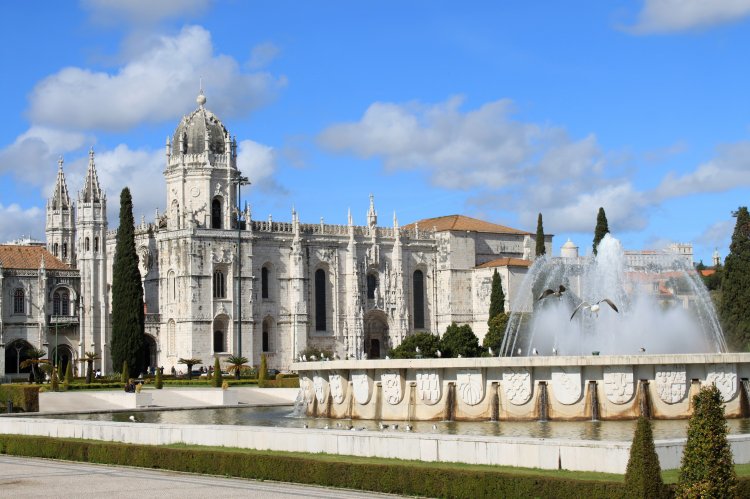 Vasco da Gama discovered a sea route to India, making the king at the time the richest monarch in Europe. He later gave the order to build the Jerónimos monastery, probably as a tribute to da Gama. The enormous building was erected in the Manuel-style, the Portuguese late-gothic style. Building the monastery took approximately 100 years which is not surprising given all the details incorporated into it. The monastery became the  final resting place for several members of the royal family and for Vasco da Gama himself. The building was beautifully preserved as it encountered only a few disasters throughout the history. 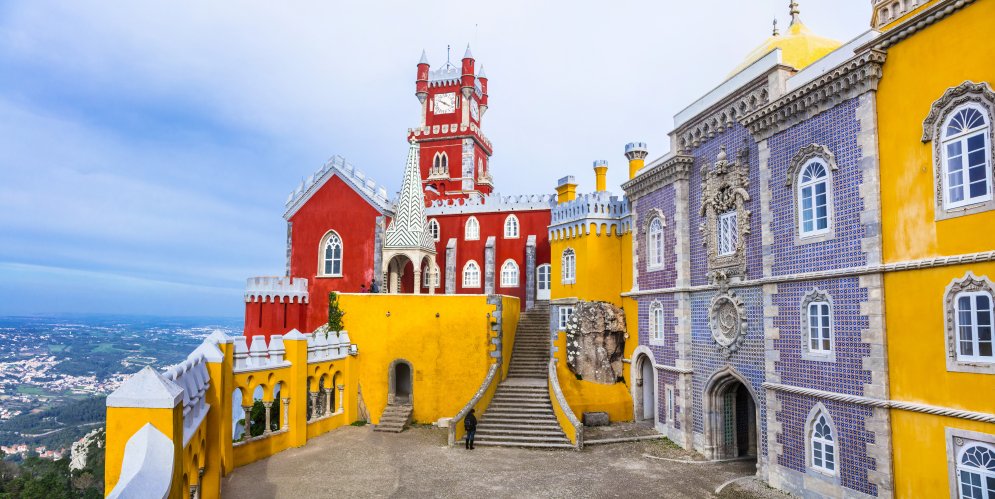 The city of Sintra is located at a distance of approximately 30 km from Lisbon. Do you have some time left? Make sure to schedule a daytrip to this impressive city. Sintra is known for its romantic, colourful buildings and luxurious gardens. Definitely pay a visit to the enchanting Pena palace that can barely be missed because of its yellow-red walls.

A completely different building, but at least as impressive, is the Arabian inspired Monserratte palace and also the Quinta da Regaleira is a sight you don’t want to miss: a beautiful 19th century gothic mansion with spectacular gardens.

There is a direct train from Lisbon to Sintra that will take you to this idyllic city in 40 minutes. 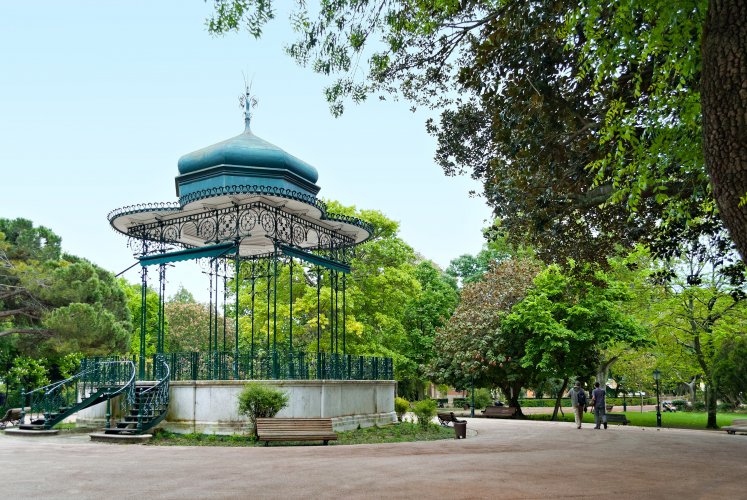 Guerra Junqueiro was a 19th century Portuguese poet, journalist and politician. He is known for his satirical texts that criticised the church, the conservatism and the romanticism. According to many, his work is additionally the cause for establishing the first republic in Portugal. The garden was named after him, but is more known as the Estrela garden. It is the ideal spot to escape the hustle and bustle of the city for a while. You will  find four lakes, two playgrounds and a library in the garden.

Would you like to receive the complete travel guide?

Thank you for subscribing!

Be the first to receive the cheapest deals within Europe.

And receive the best deals in your mailbox