Planning a city trip to Bucharest soon? Let the fun start today! Our free travel guide will tell you which sights to see, where the best shopping spots are and which local specialties you should definitely taste. Our guide is also packed with practical information and tips about public transportation, local habits, weather conditions and more.

Please note: due to corona measurements, opening times, prices and other specifics may temporarily be adjusted, while making reservations for visiting some sights might be mandatory.

Here are some tips from our travel guide to Bucharest. You can download the full guide here. 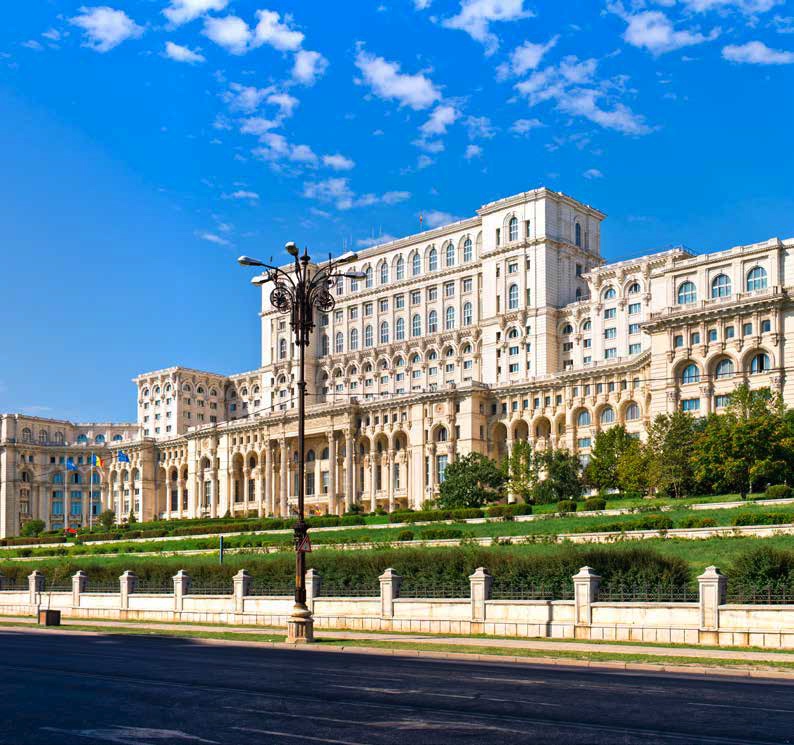 The Parliament Palace is the biggest building in Europe. The building occupies nearly 350,000 m2 and there are no less than 2,000 rooms inside. The building has been the seat of the Parliament since 1994, but it was originally built as palace for the Romanian dictator Nicolae Ceaușescu. For the construction of the palace in 1984, an entire residential area and a station had to be demolished.

You can only visit the building with a guide and you can choose from six different tours. We advise you to buy your ticket beforehand because it can be extremely busy, especially in the summer.

The Cișmigiu park is the oldest and largest park in the centre of Bucharest. Thanks to its central location, it is a favourite spot for many locals. This is understandable, because you can take some nice walks here during the summer and go boating on the lake, and it is often possible to go ice-skating in the winter.

The park was constructed in 1847 and designed by landscape architects Wilhelm Mayer and Franz Harer. The park also has several statues, such as the Rotonda Scriitorilor, a collection of busts of the most important Romanian writers and a marble monument as a commemoration of the French soldiers who died in Romania during the First World War. 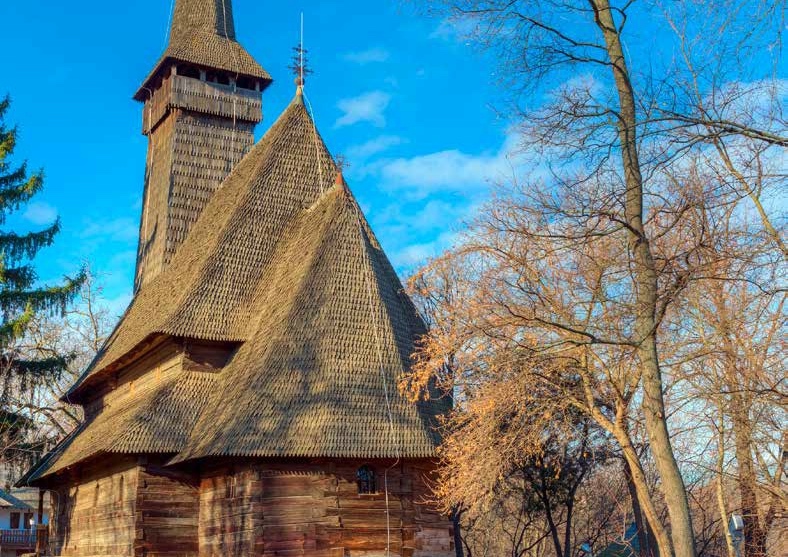 This gigantic open-air museum of 100,000 m2 shows you the way in which the Romanians lived in the countryside throughout the centuries. To be able to build this museum, around 300 existing buildings across Romania were dismantled and reconstructed. There are houses from the 17th

to the 19th century and the museum provides a fascinating image this way of the farm life in the several regions of Romania. The houses in the at areas of Romania, for example, were built somewhat deeper into the ground to protect them against attacks.

Would you like to receive the complete travel guide?

Thank you for subscribing!

Be the first to receive the cheapest deals within Europe.

And receive the best deals in your mailbox